“Alzheimer’s disease immeasurably incapacitates the lives of those who suffer from it and has devastating effects on their loved ones,” said Billy Dunn, M.D., director of the Office of Neuroscience in the FDA’s Center for Drug Evaluation and Research. “This treatment option is the latest therapy to target and affect the underlying disease process of Alzheimer’s, instead of only treating the symptoms of the disease.”

Alzheimer’s disease is an irreversible, progressive brain disorder affecting more than 6.5 million Americans that slowly destroys memory and thinking skills and, eventually, the ability to carry out simple tasks. While the specific causes of Alzheimer’s are not fully known, it is characterized by changes in the brain—including amyloid beta plaques and neurofibrillary, or tau, tangles—that result in loss of neurons and their connections. These changes affect a person’s ability to remember and think.

Leqembi was approved using the Accelerated Approval pathway, under which the FDA may approve drugs for serious conditions where there is an unmet medical need and a drug is shown to have an effect on a surrogate endpoint that is reasonably likely to predict a clinical benefit to patients. The results of a Phase 3 randomized, controlled clinical trial to confirm the drug’s clinical benefit have recently been reported and the agency anticipates receiving the data soon.

Researchers evaluated Leqembi’s efficacy in a double-blind, placebo-controlled, parallel-group, dose-finding study of 856 patients with Alzheimer’s disease. Treatment was initiated in patients with mild cognitive impairment or mild dementia stage of disease and confirmed presence of amyloid beta pathology. Patients receiving the treatment had significant dose- and time-dependent reduction of amyloid beta plaque, with patients receiving the approved dose of lecanemab, 10 milligram/kilogram every two weeks, having a statistically significant reduction in brain amyloid plaque from baseline to Week 79 compared to the placebo arm, which had no reduction of amyloid beta plaque.

The prescribing information for Leqembi includes a warning for amyloid-related imaging abnormalities (ARIA), which are known to occur with antibodies of this class. ARIA usually does not have symptoms, although serious and life-threatening events rarely may occur. ARIA most commonly presents as temporary swelling in areas of the brain that usually resolves over time and may be accompanied by small spots of bleeding in or on the surface of the brain, though some people may have symptoms such as headache, confusion, dizziness, vision changes, nausea and seizure. Another warning for Leqembi is for a risk of infusion-related reactions, with symptoms such as flu-like symptoms, nausea, vomiting and changes in blood pressure. The most common side effects of Leqembi were infusion-related reactions, headache and ARIA.

As specified in the prescribing information, Leqembi is indicated for the treatment of Alzheimer’s disease. The labeling states that treatment with Leqembi should be initiated in patients with mild cognitive impairment or mild dementia stage of disease, the population in which treatment was studied in clinical trials. The labeling also states that there are no safety or effectiveness data on initiating treatment at earlier or later stages of the disease than were studied.

The approval of Leqembi was granted to Eisai R&D Management Co., Ltd.

The FDA, an agency within the U.S. Department of Health and Human Services, protects the public health by assuring the safety, effectiveness, and security of human and veterinary drugs, vaccines and other biological products for human use, and medical devices. The agency also is responsible for the safety and security of our nation’s food supply, cosmetics, dietary supplements, products that give off electronic radiation, and for regulating tobacco products. 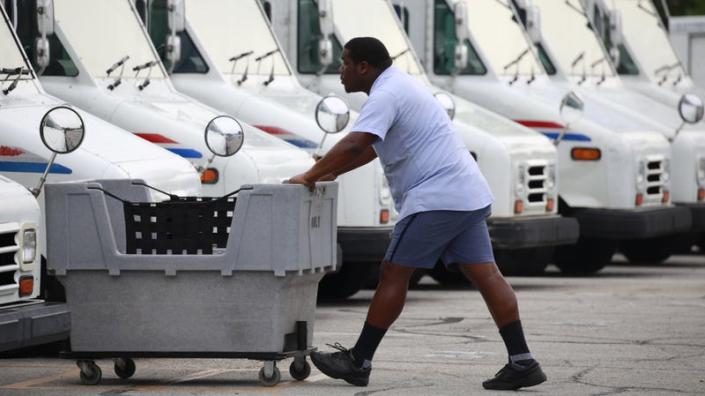 Next post What Is an Anthology Series? Definition and Examples from Film and TV