(ABC 6 News) – Iowa Governor Kim Reynolds was by both state health and safety officials to warn Iowans about the growing threat of illicit fentanyl and counterfeit pills laced with fentanyl.

“While the rapid increase of drug overdoses and deaths since 2020 is largely attributed to the pandemic, the surge of illegal drug trafficking at our nation’s southern border under the Biden Administration is undeniably fueling the fentanyl crisis and its resulting overdose epidemic,” said Gov. Reynolds. “Illicit fentanyl is smuggled into the U.S. and quickly trafficked nationwide where it is infiltrating our neighborhoods and threatening the lives of our children. Fentanyl is here and the threat is real–in our major metro areas and in our small towns–no community is immune.”

While illegal, counterfeit pills are synthetic and relatively easy to make, market and distribute. These pills can be purchased person-to-person, online and via social media, making them available to anyone with a smartphone, including young Iowans. These pills look like legitimate opioid or anti-anxiety prescription medication but may contain lethal amounts of fentanyl. Experts say as little as 2 to 3 milligrams of fentanyl can be deadly, and according to the Drug Enforcement Administration (DEA), 4 out of every 10 fake pills laced with fentanyl contain a lethal amount.

“The fentanyl secretly added to fake pills and other drugs for profit is not a legal pharmaceutical grade treatment for severe pain, but rather illicit fentanyl typically produced outside the U.S. that can be up to 100 times stronger than morphine,” said Susie Sher of the Governor’s Office of Drug Control Policy.

Parents and grandparents are urged to talk to their children and grandchildren about this topic openly and often to discuss the dangerous and potentially lethal consequences of experimenting with drugs.

“Drug traffickers predominately from Mexico are using makeshift pill mills to turn fentanyl powder into pills that have the color and markings of common prescription drugs,” said DPS Commissioner Stephan Bayens. “If our seasoned narcotics agents and drug chemists cannot immediately tell the difference, the public certainly couldn’t. So, it’s important that Iowans gain a greater understanding and appreciation for the pervasiveness and dangers of fentanyl, and how we all can play a part in stopping this epidemic.”

“A majority of the fentanyl related deaths that we see are determined to be accidental—meaning the person did not mean to harm themselves or cause their own death,” said State Medical Examiner Dr. Dennis Klein. “Fentanyl, like other opioids, depresses the respiratory drive and deprives the brain and the body of oxygen that then leads to death.”

Opioid overdoses can prove fatal in a matter of seconds, however, if administered immediately, naloxone can rapidly reverse an overdose. In 2016, Governor Reynolds signed a law allowing pharmacists to dispense naloxone without a prescription to Iowans. Iowans can also request naloxone through the University of Iowa’s Tele-Naloxone program by clicking here. Iowa businesses, restaurants, bars, community organizations, etc., can also request free naloxone to have available.

Anyone that encounters a counterfeit pill is encouraged to call the Iowa Division of Narcotics Enforcement completely anonymous tip hotline at (800) 532-0052 or [email protected] and in the case of an emergency, call 911. For 24-hour confidential support and for more information on fentanyl and counterfeit pills, or for resources on opioid or other substance use disorders click here. 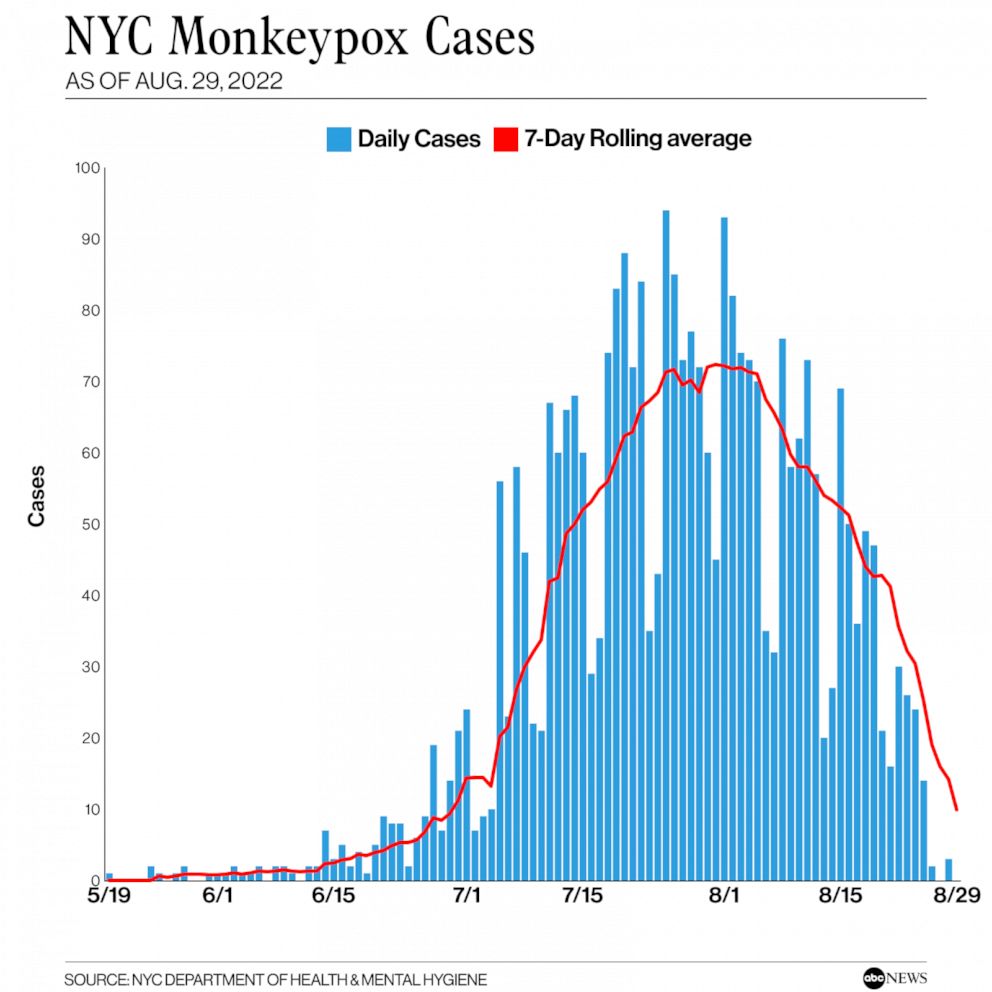 Next post Monkeypox cases are on the decline in New York City, data shows