He is a Caucasian male, aged 41. He is more likely to have been in the youth justice system, and almost certainly has connections to organised crime.

He is serving an 11-year sentence in jail for a serious firearms-related crime.

And he knows a guy that can get you a gun.

It’s a portrait of the average Australian who operates in the country’s illegal firearms market, built from the findings of a 2022 Deakin University study.

The researchers were attempting to build a picture of the illegal gun trade in the Australian underworld.

They found buying an illegal gun in Australia could be as easy as a trip to the supermarket for those in the know.

Figures show a deep reservoir of illegal firearms exists for criminals to tap into, with police measures only able to recover tiny fractions each year.

The underground world of illegal firearms

Professor Bright said most of the interviewees came from backgrounds where criminal behaviour and access to guns were the norm.

More than half of the prisoners had spent time in youth detention or were known to police before the age of 18.

“Some of the stories were shocking, I suppose, in the sense of the violence that some of these men had either experienced or had engaged in using guns,” Professor Bright said.

“The other surprising thing was just how easily some of these men were able to access firearms.”

In the article published in Deviant Behaviour, Professor Bright and his team described a rapid turnaround for criminals hoping to acquire guns.

“Couple of days, a week … I’ll call up, make a few phone calls and within a week I’d have guns here and I’d have a rifle here,” one prisoner with family ties to outlaw motorcycle gangs said.

“If I wanted one I would have got one … within probably half an hour. As long as it takes to drive somewhere, I could have gone and … picked one up,” another prisoner said.

The researchers uncovered a world where respect and the word of someone who could be trusted meant everything.

“When people know you, like you’re not an informant or anything, or you’ve got a good reputation, when people look up to you and stuff like that, they sort of want to deal with you and it’s easy to gain access to guns. It’s just who you know,” one prisoner said.

While the study was conducted in South Australia and New South Wales, Professor Bright said he believed all states in Australia would have similar underground cultures.

“We don’t think that there’s any good reason to believe that the findings would not generalise to other states across Australia,” Professor Bright said.

Victoria Police confirmed with the ABC they had been in contact with Professor Bright regarding the findings of his study.

The source of illegal firearms

Very few criminals interviewed spoke of obtaining weapons through the internet or “dark web”, with them instead preferring to rely on personal connections.

Guns are commonly obtained from friends and family, as well as from deals where a trusted party has vouched for the potential buyer.

One prisoner was given guns on the condition that he attacked certain people to earn them.

“I had to do two things to get the guns, but that was simple so I didn’t really have to do much,” they said.

“I just had to shoot at people … I didn’t care … I was getting free guns out of it.”

Rural and regional properties where guns may be kept are often targeted by criminals for thefts, as are other criminals who may be keeping illegal guns.

Criminals told researchers the theft of illicit firearms was also highly unlikely to be reported.

Fake thefts are also common, with a “cleanskin” — a person with no criminal record — asked to purchase a weapon before letting themselves get robbed of it.

Thefts account for a relatively small percentage of the illegal firearms market.

The Australian Institute of Criminology reported firearm theft increased in Australia by 15 per cent between 2008–09 and 2018.

On average, three firearms were stolen in each incident, resulting in 2,425 firearms reported stolen in 2018 — a fraction of the total number of illegal firearms.

It means much of the movement of legal guns into the illegal black market remains undetected by authorities.

For people living in Australia’s two most populous states, the impact of illegal firearms is clear, with numerous high-profile shootings occurring this year.

As of September 1 this year, Victoria had recorded 10 firearm assault deaths.

Victoria Police believe the majority of the shootings in Melbourne were conducted with illegal firearms.

Jurisdictions around Australia have formed their own task forces to combat illegal firearms, while a National Firearms Amnesty came into place on July 1, 2021.

Police use firearms prohibition orders (FPOs) to ban people they believe are linked to organised crime from coming into contact with guns.

FPO orders were strengthened in NSW in 2013, while Victoria introduced them in 2018.

There are more than 1,550 FPOs currently active in Victoria, but data since their introduction in May 2018 does not necessarily point towards a reduction in serious crime.

In 2019 — the year after FPOs were introduced — Victoria recorded a nine-year high in firearm assault deaths.

But Victoria Police believe the orders remain an effective tool to stifle crime.

“We strongly believe that FPOs are making a difference in relation to firearm-related crime,” a Victoria Police spokesperson said.

“As an example, in 2021 none of our non-fatal injury shootings were linked to [outlaw motorcycle gangs] and we believe FPOs are a significant contributor to this.”

Anyone served with an FPO must immediately surrender any firearms and they are liable to be searched by police at any time without a warrant if authorities have reason to believe they are in possession of a gun.

NSW Police have conducted 118 of these searches this year and seized 211 firearms.

But it is just a drop in the ocean.

The latest figures from the Australian Criminal Intelligence Commission (ACIC) estimate there are at least 260,000 illegal firearms circulating in Australia.

In its report, it states the number of illegal firearms could be as high as 600,000 if estimation methods from the United Nations Office on Drugs and Crime were used.

The figures were produced in 2016, but an ACIC spokesperson said the commission had not observed a significant change in the market since the report was released.

It means the seizures represent just a fraction of a percentage of Australia’s illegal firearms market. And for those convicted of serious gun-related crimes in SA and NSW, not much has changed.

The insular nature of the illegal firearms market has led to increased caution among criminals when trafficking and carrying firearms, but the ease of access remains the same.

“Honestly, the access is pretty easy. I could get access to a gun within an hour of walking out of jail … no problem at all,” one prisoner said in the Deakin report.

“I’m telling you, within an hour someone’s f***ing sitting next to you going, ‘How much cash have you got?'”

With the increased pressure on the illegal firearms market, licensed gun owners have said they feel unfairly caught in the crosshairs of policing.

“There is a stigma and shooters in Victoria, in particular, are feeling unfairly targeted, and there’s a lot of resentment out there,” Mr Zabrdac said.

He said despite the multitude of FPOs issued by Victoria Police, they appeared to have done very little to clamp down on gun crime in Victoria, while legal gun owners had suffered from heavy-handed policing.

“Demonising us, targeting us and saying that licensed firearms owners are the problem and clamping down on us continually to the point of harassment, it’s no solution to the problem,” Mr Zabrdac said.

“We’re not the problem. Criminals don’t respect firearm laws, they don’t respect FPOs. At the end of the day, if there is a supply of black-market firearms available, criminals are always going to go down that path.”

Mr Zabrdac said measures such as mandatory sentencing for firearm trafficking would be crucial if the government was serious about tackling gun crime.

In a statement, Victorian Police Minister Anthony Carbines stuck by the government’s legislation.

“Our laws targeting illegal firearms are what Victoria Police asked for and we’ll continue working with them on what they need to keep our community safe,” Mr Carbines said.

Victoria Police said the prevalence of illegal firearms was a “high priority” and the force remained committed to targeting members of organised crime groups using FPOs as a tool.

“We make no apologies for deliberately making it difficult for these people to access, use and store firearms, or be in areas where there are known to be firearms, in order to keep the community safe,” a Victoria Police spokesperson said.

“The challenge is that men who are engaged in this activity are very suspicious,” he said.

“Many of them have been around for a while and they know the techniques that police will use.”

He pointed towards a Queensland government-funded program designed to help men leave the criminal life as an example.

“The task is: How do you make firearms less appealing to young men? How do you provide young men with alternative dispute resolution strategies that don’t involve having guns?” Professor Bright said.

“How do you provide opportunities for men currently in the criminal life to get out of it if they want to?” 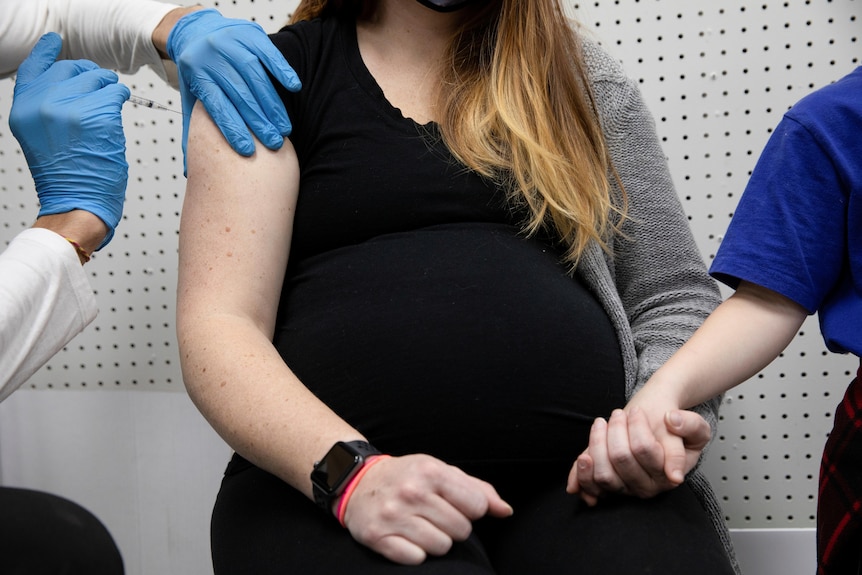