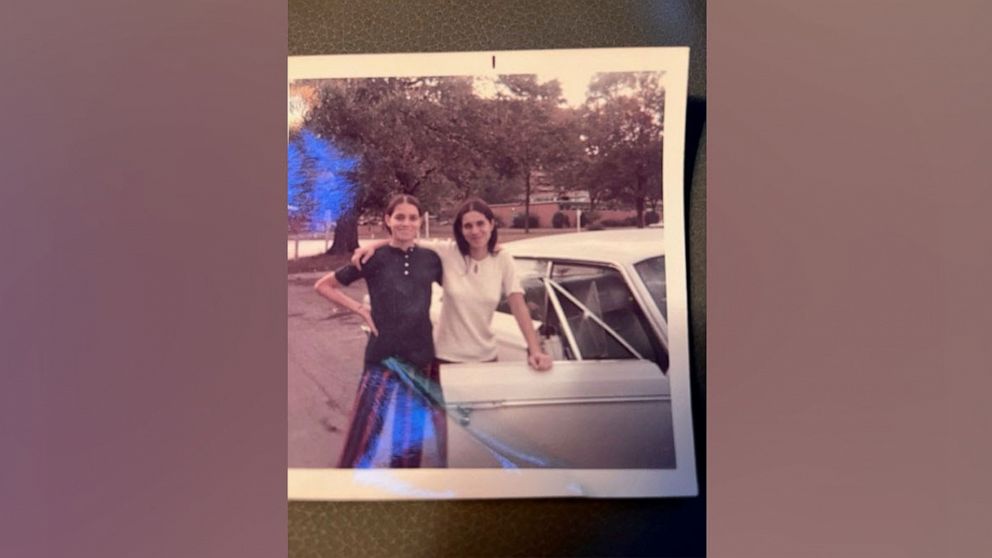 Two sisters are celebrating a very special anniversary this year: the 50th anniversary of one donating her kidney to the other.

Usually organ transplants, such as kidney transplants, last 15 to 20 years if the organ came from a living donor, according to the National Kidney Foundation.

The fact that the kidney that Patti Rogers Harris, 68, of Hendersonville, Tennessee, received from her sister, Carolyn Rogers, 72, has lasted 50 years is nothing short of astonishing.

At the time, kidney transplant operations had only been around for 20 years, making it a relatively new procedure.

However, the sisters say they are feeling great and hope to encourage others to become organ donors and help save a life.

‘I didn’t know how sick I was’

When Harris was 4 years old, she had an undiagnosed strep infection that led to post-streptococcal glomerulonephritis, or PSGN, which is a rare kidney disease that can develop after certain rep infections, according to the Centers for Disease Control and Prevention.

PSGN is an inflammatory disease in which the body mounts an immune response and mistakenly attacks healthy body parts — in this case, the kidneys — and causes damage.

This can lead to kidney disease and, in rare cases, kidney failure.

Harris said throughout the course of her childhood, she always felt like she was sick.

“I was sick,” she told ABC News. “I didn’t know how sick I was, but I do remember having a whole lot less energy than my siblings. I’m kind of sitting on the sidelines watching them having fun.”

Harris’s health deteriorated until eventually, at age 16, she ended up in the hospital and doctors said she was suffering from kidney failure, and she needed to be on dialysis.

Dialysis is a procedure by which a machine helps filer the blood of waste products, toxins and excess fluids — which is supposed to be done by the kidneys.

Towards the end of Harris’ first year on dialysis, doctors approached her family with the idea of a transplant and if anyone in the family could be a match.

“So, it was the end of her first year of dialysis that I went in and started having the test to see who would be a good match,” Rogers told ABC News. “And I was. And then she was on dialysis for another year before we could do the [transplant].”

Rogers said she was unwavering in her determination to give her sister a kidney and Harris remembers that resoluteness.

“I do know people were being tested and Carolyn was adamant she was gonna give me a kidney,” Harris said. “I said, ‘Well, we’ll see what the doctor says.’ [She said], ‘I’m giving you a kidney.’ And I took it thank you very much.”

Transplants then and now

However, organ transplants were much more complicated 50 years ago than they are today.

Dr. Keith Johnson, 85, one of the medical leads on the team that operated on Rogers and Harris, said matching a donor and a recipient has become a much more streamlined process today.

“Each kidney that became available was really a challenge,” Johnson, of Nashville, who founded Tennessee Donor Services told ABC News. “And the difference today is that there’s now a framework within which everybody works to decide and to very quickly allocate organs from donors, so that the recipients are known very quickly because of the computer system.”

Between 1954, when the first successful organ transplant was performed, through the early 1970s, there was no national system so doctors of individual transplant hospitals were calling transplant programs to see if they could find a suitable recipient.

“They would call transplant programs that they knew or had relationships with, in various parts of the country to find that if they had a recipient that was suitable for the kidneys that were just removed — and that was a very laborious process to try to figure out where the kidneys were going to go,” Johnson said.

The actual surgery itself has become much safer with easier recovery time for patients.

Surgical incisions to remove and transplant kidneys could be six to 10 inches back then. Rogers says her scar goes from the sternum to below the belly button — which she says is about nine inches. Now, incisions can be three inches or less.

“When you take the kidney out, you’re removing the artery and the blood vein from the kidney, you have to be concerned about bleeding,” Dr. Robert Richie, 89, of Nashville, who performed Patti’s transplant and the head of Vanderbilt’s kidney transplant program at the time, said. “And so, in order to be exceedingly careful, we had to have maximum exposure and so then we were making long mid-line incisions so that we could get a good look.”

“Over the years, we are now making smaller incisions,” he continued.

Additionally, since then, several drugs have been introduced that suppress the immune system to prevent organ rejection, which lowers the risk of mortality.

Convincing others to be donors

Harris said she doesn’t remember much about the surgery, which took place in September 1972, but Rogers remembers being prepped. She even recently spoke to Johnson about it.

“I remember the operating room and they said, ‘Carolyn, you’ve got to stop talking for [the anesthesia] to take effect’ and that’s the last thing I remember because I finally did stop talking,” she said.

Harris said she does remember how much her physical and mental health improved following the transplant.

“Really now, at 68, I have a lot of energy,” she said. “I feel comfortable in my body. I can’t even find the right adjectives for this topic because there’s not one.”

The pair hopes that their story will convince others to consider registering to be organ donors. Right now, more than 60,000 people are actively waiting on a transplant list to be organ donors, according to UNOS.

Since 1954, more than 1 million organ transplants have been performed, UNOS data shows.

“It can be such an outstanding gift for someone else to give a bit of themselves,” Harris said.

Rogers added, “What other reason are we on Earth for than to care for each other? Is there any other reason?”

“You can make a huge difference” by being a donor, she said.