“She walked in, wearing a silly beanie with like a lion or a dog on it. We just connected straight away.”

All up, Declan reckons he’s been to at least 50 music festivals, including around 15 multi-day camping events.

He says there’s “a special energy at festivals,” and describes them as a place to enjoy “three perfect summer days, with all this great music”.

There are a few things to keep in mind when partying in the crowds and the heat, handy if you’re a first timer or haven’t been to a festival a while.

Whether you’re heading to Falls, Beyond the Valley, Lost Paradise, Laneway or somewhere else entirely, here’s how to look after yourself during the summer festival season.

Lara Bisley from St John Ambulance NSW says heat-related illnesses are the most common incident her team sees at festivals.

She says it’s really important to stay hydrated with lots of water, eat properly, and not spend too much time in the sun when possible. Heat stroke can be life-threatening, so it’s important to take it seriously, and understand the signs.

And don’t forget to check the latest COVID health advice, which can vary from state to state, before you go.

Groove to your own moo

Ash King, a psychologist at music industry charity Support Act, has been to a ton of music festivals, and says listening to your body is key.

“I was always really conscious about being a drag [but] sometimes it is necessary to take some time out.”

This could be sitting somewhere quiet and shaded for a while, heading back to your tent for a nap, or some festivals even have “chill out zones” for you to take a breather.

Declan agrees there’s nothing wrong with taking a break to literally “do nothing,” or says there might be some nearby water where you can escape for a swim.

Look out for your friends

Alison Hutton from the University of Newcastle is a Professor in Nursing, specialising in mass gatherings.

She recommends working out a meeting spot in advance, in case you get separated from your mates.

This could be the entrance you came in at, the sound booth, or a tree somewhere around the campsite.

Declan adds that having a way to find your group in a crowd can be handy — whether that’s by holding up a pool noodle, wearing matching clothes, or even creating a Jennifer Coolidge stick.

What to consider with drugs and alcohol

If you’re heading to a multi-day festival, she says you may not want to lose a day to a hangover, and adds that “the toilet situation can be interesting”.

In an already overwhelming festival environment, she says comedowns can also be extra difficult without the creature comforts of home.

Professor Hutton says if you choose to drink alcohol, it can help to think about how it affects you.

“If you normally need a nap after having a couple of drinks during the day, don’t start drinking at 12pm.”

If you run into trouble, St John’s Ms Bisley says not to be afraid to ask for help, either through on-site first aid teams, or by calling triple zero.

“In any scenario where a person has consumed an illegal drug, there’s no legal ramifications if they disclose that to first aid teams.

“It’s much better to make [us] aware of what you’ve got going on and what it is that you [or your friend] has consumed, so that we can help you.”

Whatever choice you make, Declan says “you’re probably never going to regret having one less of something.

“I don’t look back and cherish those nights at festivals where I don’t remember the act.”

Is crowd crush a risk?

While deadly crowd crush events like Itaewon and Astroworld have made headlines, Professor Hutton says Australian crowds are generally a lot smaller.

“I’m not going to say that it won’t happen … I just don’t think it’s something that is the norm here.

“People who go to festivals are really hyper aware of their own safety, and also of others. We look after each other.”

She says the key to crowd safety is “don’t be an asshole,” and to help people up if they fall down.

If you start to feel overwhelmed in a packed crowd, you could ask security to pull you over the barrier, or head out sideways – that way, you’re still near the front, but will have a bit more breathing space.

She says a warning sign there’s too many people in a space is when you can’t physically turn around to see behind you.

“Basically, if you don’t feel comfortable, you get out.”

While you’ll probably have your own list of cute outfits, your debit card and a phone charger, our experts suggest packing:

ABC Everyday in your inbox

Get our newsletter for the best of ABC Everyday each week 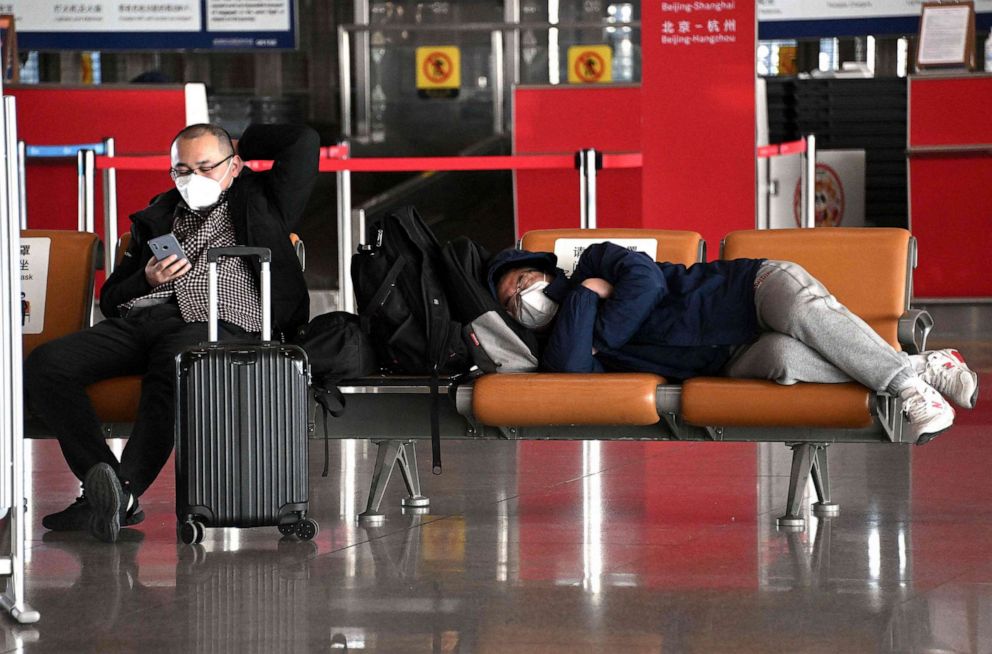 Next post How to stay calm and avoid anxiety amid flight cancellations, delays