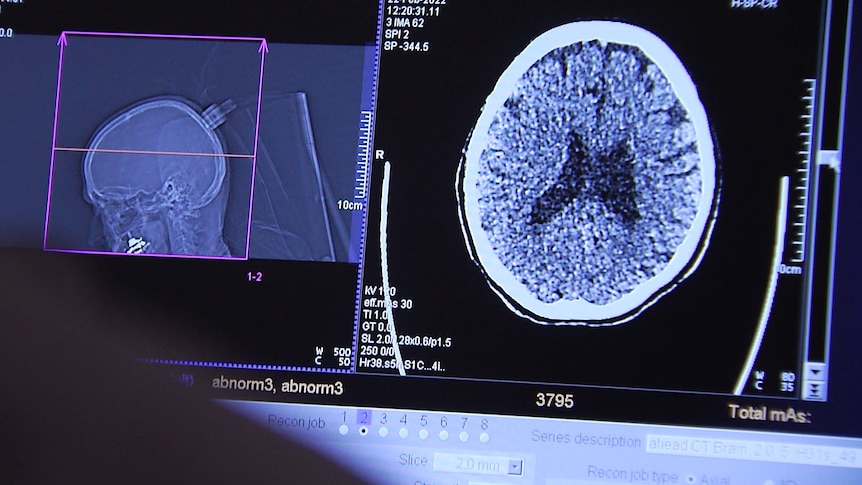 Frank Freschi knows how cruel Alzheimer’s disease can be.

He saw the effect it had on his mother.

“Recognising how my mother declined, I would not want to put anybody through that,” he said.

“I don’t want to see that happen.”

Henry Brodaty, co-director of the Centre for Healthy Brain Ageing at the University of NSW (UNSW), says people are afraid of dementia.

Dementia is now the leading cause of death in women in Australia and ranks highly for men too. But if you think that this is just an “old age” problem, think again.

Many researchers believe that the most common form of dementia, Alzheimer’s disease, may actually start decades before thinking and memory start to decline.

UNSW professor Perminder Sachdev is an international authority on dementia. He believes the pathological process that affects the brain in Alzheimer’s disease may start in middle age – perhaps even as early as your forties.

So this is not some distant issue that we can wait and deal with when we’re in our 70s.

The frustration though, is that after millions of dollars of research investment and drug development, we still don’t have an effective treatment.

The reasons may go back to what happens inside the brain when you have Alzheimer’s disease.

The battleground between researchers has been over contested theories about what causes Alzheimer’s.

Often, these discussions centre on two proteins found in the brains of people with Alzheimer’s. One, amyloid, clumps around nerves in plaques. The other, a toxic protein called tau, gets caught up in tangles inside nerves.

As the disease progresses, regions of the brain shrink and nerves lose their connections with each other.

Many researchers have worked off the theory that amyloid is a key cause of Alzheimer’s, and drugs developed by several pharmaceutical companies have sought to slow or halt a person’s decline by removing build-up of the protein.

The trouble is, for at least 20 years, every anti-amyloid drug that’s been produced has failed to definitively prove they can halt or slow cognitive decline.

There may be a few reasons for this. One is that not everyone with amyloid in their brain will develop Alzheimer’s disease.

Another possibility is that drug trials have been done too late in the disease process, when there is already irreversible damage.

“We now understand that we must go even earlier, before the onset of cognitive impairment into the preclinical stages of the disease,” says the Florey Institute’s Colin Masters — a pioneer of amyloid research.

This is why Frank Freschi is taking part in a trial for a family of new drugs which remove amyloid from the brain using monoclonal antibodies.

The trial recruits people like Frank who have no symptoms of Alzheimer’s disease but may be at risk because of family history and other indicators, including a brain scan that shows some amyloid accumulating.

Frank is hopeful, but realistic.

“I’d be rapt if it was a cure if I had Alzheimer’s disease or at the very least, that it would mitigate some of the decline, that would be wonderful,” he told Four Corners.

One of these antibody medications, Biogen’s aducanumab, is currently at the centre of a controversy that goes to the heart of the search for an effective Alzheimer’s drug.

In the United States, aducanumab trials were halted in 2019 because an independent committee analysed the results so far and found that even though the drug was very good at removing amyloid, there weren’t sufficient clinical signs to suggest it was affecting thinking and memory.

But Biogen went back and re-analysed its data and said it had found benefit in people on higher doses.

The company applied to the US Food and Drug Administration (FDA) to have the drug approved, but an expert advisory committee almost unanimously rejected the arguments.

They were also troubled by side effects, which gave some participants brain swelling and bleeds.

Despite the expert committee’s advice, the FDA gave aducanumab the green light. Washington University Professor Joel Perlmutter resigned from the committee in protest.

“It’s my responsibility to protect vulnerable populations,” he says.

“I would not prescribe it for myself or anybody else in my family because of this lack of benefit and substantial risk of side effects.”

Mental health in your inbox

Aducanumab trials are proceeding, including in Australia. But Biogen has told Four Corners it has withdrawn its application to have the drug approved here after discussions with the Therapeutic Goods Administration indicated that its current data weren’t enough to achieve registration.

“Biogen stands by the safety and efficacy of aducanumab,” a company spokesperson said in a statement.

There are several other anti-amyloid drugs in trials, especially in early disease, but it will take years to find out whether they safely delay or halt the decline into dementia.

There is another theory for why anti-amyloid drugs haven’t been effective — that we’re asking too much of a single drug.

“It may be, we need a drug against the tau protein and the A-beta (amyloid) protein. In many conditions in medicine, we use multiple drug therapies, not just one treatment,” Professor Brodaty says.

So what can we do?

There are already interventions that may help lower the risk of developing dementia and Alzheimer’s disease, and they don’t necessarily involve drugs.

“One of the big ones is education… making sure that you finish high school, perhaps going on and doing tertiary studies, if possible. If not, making sure that you keep your brain active and engaged is really important and also continuing to follow a healthy diet,” she says.

Exercise is also critical for brain health as is having a healthy weight and blood pressure.

When it comes to diet, Italian-born Mr Freschi is all over it. He cooks in the Mediterranean style – a diet that some studies show is good for your brain. He also often eats with family and friends – important social engagement, which may also be brain protective.

“I’m going to make the best of what I have every day,” he says, “[and] do the things that I love doing.”

When you look at countries in Europe and North America similar to Australia, a 2020 study found there has been a 13 per cent reduction in incidence of dementia every ten years. The reasons why are not entirely clear, but lifestyle factors, education and improved healthcare may have played a role.

Something to chew on while you’re waiting for a pill.