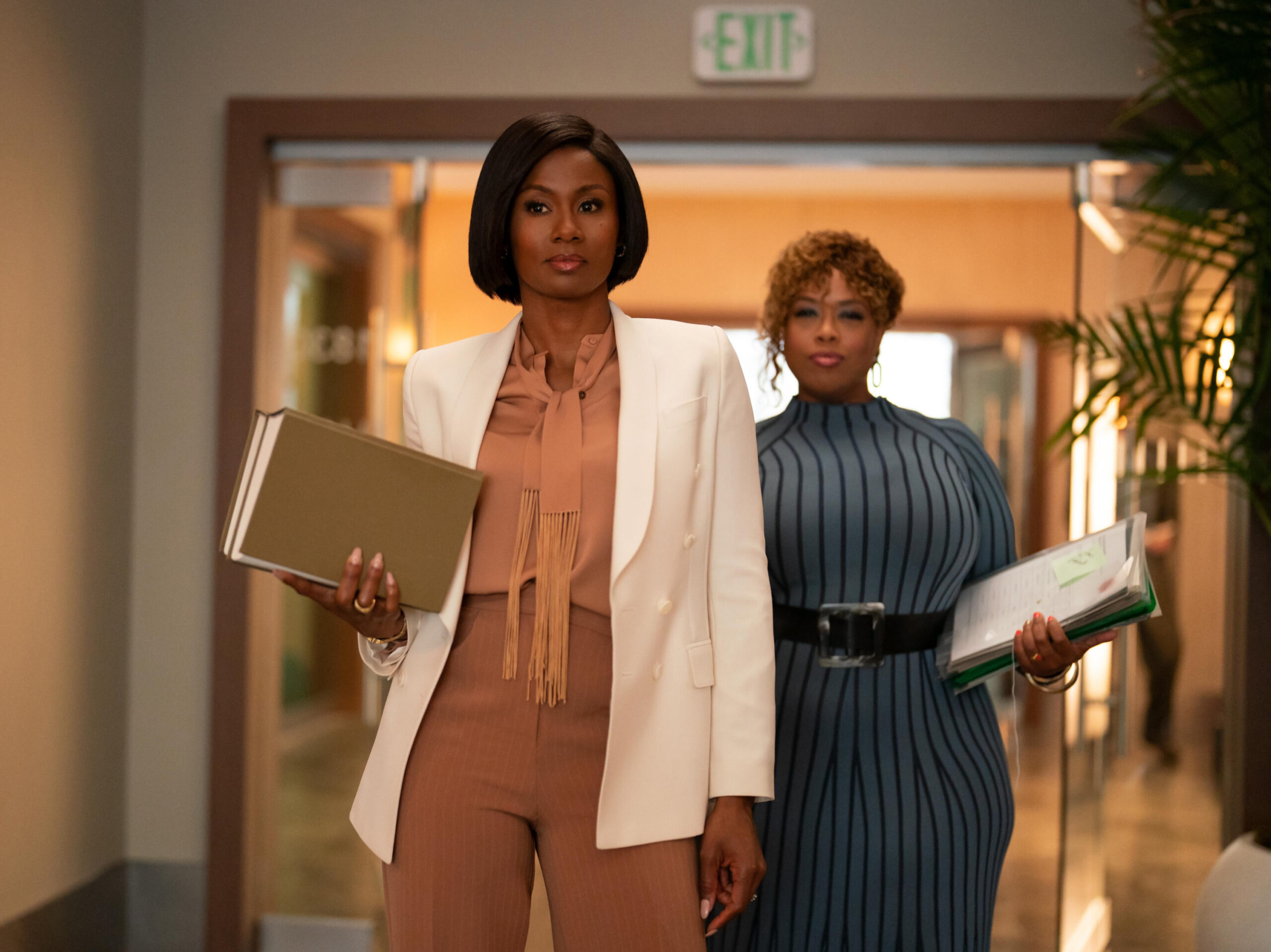 In “Reasonable Doubt,” Hulu’s highly entertaining new legal drama, the wrongfully incarcerated Damon Cook (Michael Ealy) decides to confess to a crime he didn’t commit so he can walk free after several years behind bars. This doesn’t please his onetime public defender (Emayatzy Corinealdi), who has since moved on to a lucrative private practice at a top Los Angeles firm. But the way Damon sees it, the game is rigged against Black people: “The law was never made for us. It’s actually designed for us to lose.”

Legal drama series have come a long way since the immensely popular and durable “Law & Order” took to the screen in 1990. Of course, the real world has changed as well. The age of Black Lives Matter has ushered in the likes of “Shots Fired” and “Conviction”; even old faithfuls like “Chicago P.D.” and, yes, “Law & Order” have waded into the fray. Legal dramas have a mandate to rip their content from both the headlines and the zeitgeist. If they can weave a ripping yarn as well, all the better.

“Reasonable Doubt” focuses on Jax Stewart (Corinealdi), a sexy, brilliant and high-priced criminal defense attorney who also happens to be the only Black partner at her firm. Struggling to balance her fractious family life with her caseload, she navigates a world that’s being dragged kicking and screaming into racial consciousness.

Her colleagues and her clients want to use her Blackness as it suits them, even as they deride her behind her back. When Black business mogul Brayden Miller (Sean Patrick Thomas) is charged with sexually assaulting and murdering a former colleague, Jax initially assumes his guilt. Then she changes her mind and decides to take him on as a client, a decision that doesn’t sit well with a lot of Black women.

It should be noted that the legacy legal dramas hardly backed away from such material, especially “NYPD Blue” in its prime years. They just didn’t have the focus of a show like “Reasonable Doubt,” nor the latitude that a streaming service provides. The new series is both soapy and sophisticated, especially when it comes to matters of race.

“Reasonable Doubt” comes with quite a pedigree. It was created by Raamla Mohamed, a writer on “Scandal” and “Little Fires Everywhere.” Executive producers include Kerry Washington and Larry Wilmore. The series is very comfortable in its Blackness, right down to its rather determined commitment to Jay-Z, whose debut album gives the show its title. In addition, every episode of the first season is named for a Hova song, from “Can’t Knock the Hustle” to “Song Cry.”

One key sequence, set to Jay-Z’s “The Story of O.J.,” cuts back and forth between two police searches. One takes place at Damon’s halfway house, where the cops are determined to stick him with a trumped-up drug charge and send him back to prison. The other unfolds at Brayden’s mansion, which the police toss with the intent of showing they don’t care how rich he is. It doesn’t take a defense attorney to figure out what the two men have in common.

“Reasonable Doubt” represents an acceleration of a gradual shift in the legal drama, a more overt reflection of times in which racism is creeping back out in the open and law enforcement sits, rightfully, under a magnifying glass. The show is post-George Floyd, post-Michael Brown, post-Sandra Bland. It works because it’s never simple. Jax knows all the angles, which is good, because she has to play them all as well. Racial identity here is a complex dynamic, dramatized for complex times.

Crisp and lively, “Reasonable Doubt” benefits from strong performances, especially from Corinealdi and a painfully vulnerable Ealy, and a freedom to be what it wants, a welcome byproduct of the streaming-and-cable age (it’s impossible to imagine this show on one of the legacy networks). It feels representative of now but doesn’t suggest a shortness of shelf life. Wise about race, it doesn’t forget to be good TV.

MINNEAPOLIS (AP) — Keith Ellison gave up a safe seat in Congress to run for Minnesota attorney general, saying it was his best chance to push back against the policies of Donald Trump. Now locked in a tough reelection fight, he’s arguing that he’s been far less of a partisan warrior than his critics claim. […]

In a few weeks the voters of Arkansas will choose whether to legalize marijuana for adults.I don't mean for medical...

Politic Law
We use cookies on our website to give you the most relevant experience by remembering your preferences and repeat visits. By clicking “Accept All”, you consent to the use of ALL the cookies. However, you may visit "Cookie Settings" to provide a controlled consent.
Cookie SettingsAccept All
Manage consent